If you would have asked me what I thought about four-cylinder Ford Mustangs before I had the chance to drive this 2015 EcoBoost model, I probably would have laughed in your face and labeled anyone who drives one as a “sissy girlie-man” (no matter whether they were male or female).

Harsh? Admittedly yes, but you have to understand that I have a thing for V8 Mustangs that is probably quite obvious by now since I’m currently on my third one. The 2012 GT I’m driving now couldn’t make me smile any more every time I stomp on the gas – that thing moves, and I used to cringe at the thought of anyone owning one of these cars without that glorious V8.

Notice I said “used to”. Very long story short, the 24 hours and approximately 230 miles I put on this 2015 EcoBoost Mustang surprised me quite a bit, and I walked away from it feeling like I wanted to drive it more. And hey – If a car can make you feel like you want to drive it more than you had the chance to, that’s a good thing.

For those of you who prefer to watch videos instead of reading (and looking at pics), here are some videos I shot during my time with the car:

And now, on with the written portion of this 2015 EcoBoost Mustang review:

First Impressions of the 2015 EcoBoost Mustang

I rented this car from Avis at the Portland International Airport (PDX), and it was only the second time that I’ve had the chance to get up close and personal with a 2015+ Mustang. I sat in one at the San Diego auto show two years ago, but I haven’t had the chance to drive one – until now.

My first impressions were overall good, but two things struck me right away as being awkward or strange: Awkward was the long and flat hood (when viewed from the drivers seat). Strange was the fact that I really couldn’t tell if it was a V6 or a four cylinder for the first hour of driving it.

Other than that the car felt solid and comfortable, and it didn’t take long for me to feel familiar and connected with it as I drove through heavy traffic and wide open freeways. That large hood took some time to get used to – it actually reminded me of the view through the front window of my grandparent’s old ’78 Caprice. That thing was a boat, and this 2015 Mustang felt a little bit like that when looking forward.

The performance of the 2015 EcoBoost Mustang is very deceiving. When I first got in the car, I had no idea that it was set to “normal” mode. I also had no idea that there are actually four driver’s modes in the EcoBoost Mustang (normal, sport, track, and weather). So I left the airport feeling that the car was weak and underpowered, and about as far from sporty as could be. It felt lethargic and boring!

It wasn’t until I was an hour into my drive and stuck in traffic that I started playing with all the switches on the center console and discovered the different driving modes (along with steering feel settings).

Selecting “sport” mode made this 2.3 L four cylinder come alive with an unbelievable amount of pep and vigor – it was like a completely different car! The throttle response was lighting quick, and suddenly this car had torque – it felt like a proper sports car that really wanted to run.

Pro tip: leave this car in sport mode with the stiffest steering wheel feel – it’s the proper combination for making the Mustang feel like the fun car that it should be.

Speaking of driving it balls-out, I couldn’t help but wonder how long this engine would last if driven hard. For comparisons sake, the life expectancy of the 3.5 EcoBoost is roughly 250,000 miles. Will the 2.4L version last that long? Only time will tell…

By the way, if you want to read more of my thoughts on how the four cylinder compares to the V8, do be sure to read my EcoBoost vs 5.o Mustang comparison.

Compared to my 2012 Mustang, this 2015 is a marginal step up in overall comfort. The biggest difference is the seats. The front seats are very (very) good – possibly the most comfortable seats I’ve ever experienced in a car, which says a lot considering that I just put over 500 miles on a 2016 Cadillac SRX that had pretty good seats as well. How about that? Ford has trumped Cadillac with a “lesser” car!

I will say that I’m a pretty thin guy though, so I’m not really sure if larger folks will agree with me about these seats. I found them to be very supportive with just the right amount of firmness, but I can imagine that they might be considered tight for anyone of size.

Along those lines, visibility (in all directions) from the driver’s seat is very good. A lot better than the 5th and 6th generation Camaro’s, and a marginal improvement over my 2102 Mustang.

My verdict on the EcoBoost Mustang

I have to give credit to Ford for building a lower-priced sensible Mustang that is still a lot of fun to drive.

It wasn’t until I discovered the different driver modes after an hour of driving that I really started to like the EcoBoost (sport mode FTW), and it’s a shame that this car feels so plain in boring in the normal setting.

I would assume that most people who purchase a Mustang want a little bit of fun and rambunctiousness in their driving experience, so why did Ford choose to water it down so much right out of the box? I’m not really sure, but all I know is that if this were my car, I’d put it in sport mode from mile 1 and leave it there for life. 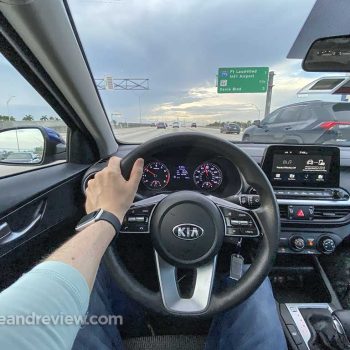 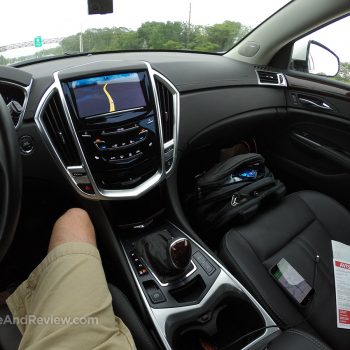