Now that I had completed one of my primary goals for this road trip, it was time to push on to Washington DC. The drive out of Knoxville was in pouring rain, and by this point, I was pretty much sick and tired of driving in the wet. There was nothing I could do about it, however, so I just chalked it up to bad luck and crossed my fingers that the skies would dry up as they day went on.

I didn’t need to be in DC until tomorrow night, but part of me was thinking that I might be push all the way through today if I was feeling ok. But I quickly started to realized that I was not ok. I’m not sure if it was the car sickness I experienced while driving the Tail of the Dragon that morning or what, but my body started to break down slightly and I wasn’t feeling all that great as the day went on. It had been an intense week of driving thus far, so it didn’t really come as a surprise that I wasn’t feeling my best. I ultimately decided that Roanoke, VA would be my destination goal for today, which would leave me with only a short drive to reach DC tomorrow.

It sprinkled on and off throughout the day, and overall, it was probably the gloomiest day of the trip. Day 4 from Amarillo to Little Rock was gloomy as well, but the wide open land of Oklahoma was really beautiful and green. Here in northeastern Tennessee and southwest Virginia, spring was just starting to bloom so things were still quite brown and dull for the most part.

I stopped off at a rest area a couple hours out of Roanoke, and walking back to the car I met a guy in a Coca Cola truck who asked me about the car. He was a car guy himself, and we talked for 10 minutes or so about Mustangs and muscle cars before the rain came pouring down again and I had to seek the shelter of the Vette. As I said before, this Corvette draws a lot of attention, and I met a lot of cool people on this trip that I wouldn’t have if I were driving anything else.

My overall state of feeling hit a new low the closer I came to Roanoke, and by the time I reached Salem (around 4pm) I decided that it was time to call it a day. I had reached my physical limit, and I desperately needed to get out of the car. Luckily, I saw some signs for some hotels a few miles ahead, so I was more than happy to pull into the first decent one I saw and book a room.

I did absolutely nothing for the rest of the day (except walk next door to a grocery store for food), and it felt so good to be off the road. Although completely exhausted both mentally and physically, I felt relieved that I was only three hours away from Washington DC at this point and that the road trip was nearly over. 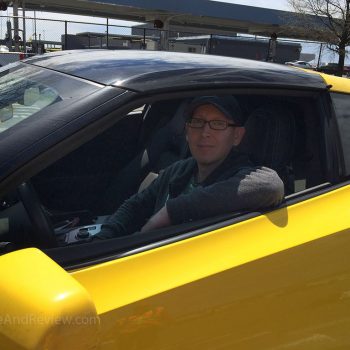 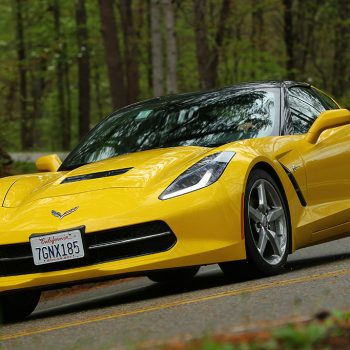