Of all the automotive influencers who earn a lot of money simply by sharing their experiences with cars, Mike (streetspeed717) is admittedly one that I’m most fascinated with. That fascination isn’t necessarily a good thing by the way. As a matter of fact, you probably could have already made that assumption by reading my article about how I think that his innesent use of clickbait ruined his channel. However, streetspeed717’s net worth is still highly impressive whether you agree with the clickbait or not. Let me show you the numbers and you’ll understand why.

To calculate streetspeed717’s net worth, must first take a look at his monthly revenue

In regards to monthly revenue, I do find it interesting that Mike doesn’t do very many sponsored videos. Compared to other popular YouTubers such as TJ hunt and Cleetus McFarland, he seems to be avoiding this highly-lucrative revenue stream.

Making money with his channel through ad revenue and product placement is shortsighted in my opinion, especially when we’ve seen such a large drop off in his viewership numbers over the past two years or so. He definitely needs to diversify!

Next up in the streetspeed717 net worth calculation: subtracting his monthly expenses

What about assets? Does Mike own anything of significant value?

$900k is a significant amount of money. However, when you assume that Mike’s total net worth isn’t all that much higher than others, it suddenly doesn’t seem as impressive.

Just like many other automotive YouTubers, Mike has a problem with the street speed 717 brand. You see, without Mike being front and center in every video, his YouTube channel has very little value.

Even though he’s likely making at least $30,000 a month with his YouTube channel, he wouldn’t be able to sell it for any significant amount. If Mike was removed from the streetspeed717 brand, would people even watch his channel or buy his merchandise anymore?

It’s because of this that the net worth of the streetspeed717 brand is based heavily on the assets that he owns outright. It’s a good thing that he has a significant amount of home equity and other investments, because without them he’s just another automotive YouTuber who would be nothing without his channel.

What are some ways that Mike can protect his brand and build his net worth?

As a serial entrepreneur myself, it’s always been fun watching Mike because he’s obviously a very smart guy and he knows how to generate income. I don’t necessarily agree with his clickbait titles, but he is very enthusiastic and aggressive with his merchandise line. You can tell that he’s a businessman at heart. However, I personally don’t think that he’s pushing hard enough to take the streetspeed717 net worth to the next level. Here are four things I would recommend:

1. He needs to create a digital course of some kind

Well, to Mike’s credit, he actually started the process of creating a digital course (finance related) about a year ago. Unfortunately it dissolved quickly and we haven’t heard about it since.

Digital courses are an awesome way to generate revenue, and with Mike’s extensive financial background and an audience who is extremely interested in who he is and what he does, he would have no problem selling a detailed course about financial investments.

It would be extremely easy to tie into the car niche as well, because he could package it in a way which teaches people explicitly how to invest money in order to purchase the cars of their dreams. It would be a very easy sell for him in my opinion. Especially considering how well he speaks and how motivational more he can be when he’s talking to his audience.

Why did he abandon the digital course he was creating? That needs to be his number one priority in my opinion, since I am absolutely positive that if done correctly, it could be a significant portion of the streetspeed717 net worth.

2. He needs to move on from Corvettes and other cars that aren’t as popular with the mass public

Mike has the advantage of being a very well-spoken and personable guy who people tend to latch onto very quickly. It seems that he could have millions of subscribers on his YouTube channel by now based on his personality alone.

However, the biggest problem I see with the streetspeed717 brand is that Mike is so infatuated with niche cars that aren’t necessarily the kind that the majority automotive enthusiasts want to see.

For example, who cares about taking old Corvettes and turning them into drag racing monsters? Yeah, it’s kind of neat the first time you see it, but he tends to do the same thing over and over in different cars and it gets old fast. Same thing with the trucks. As much as he’s really into trucks in modifying them, there isn’t enough of a demand for this kind of content on YouTube to take him and the streetspeed717 brand to the next level in my opinion.

3. Mike could have so much more success growing his net worth by investing in hot new cars that everyone wants desperately to see

Does this rant sound familiar? It should if you read my net worth calculation for Cleetus McFarland.

If I was an automotive YouTuber of Mike’s caliber, I would be going all in on whatever hot new sports car (or super car…or truck) is rolling off the assembly line at the moment. I would modify the heck out of those vehicles, and do silly things in an effort to draw people in. It’s an easy recipe for success!

Instead, Mike seems perfectly content to spin his wheels (no pun intended) by focusing on the same old cars over and over again. Didn’t he learn anything about diversification through his education in finance?

4. He needs to quit the clickbait

I’ve already written an entire article about this, but it needs to be mentioned again. I like Mike and most of the content he produces, but I just can’t watch his videos anymore because I’m sick and tired of being tricked into clicking on a video expecting one kind of content but not getting any of it within the actual video itself.

I’d still be a subscriber if he didn’t do that, and I’m fairly certain that there are many other people out there like me who feel the same way. I can also guarantee that the streetspeed717 net worth would be one of the highest in the automotive space if he wasn’t so fascinated with clickbait and trying to trick people into clicking on his videos. It’s annoying as heck. 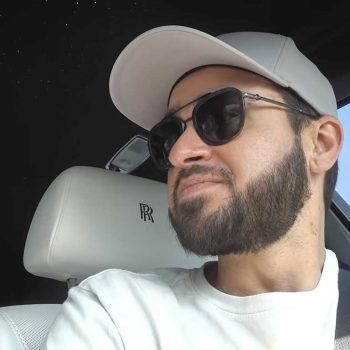 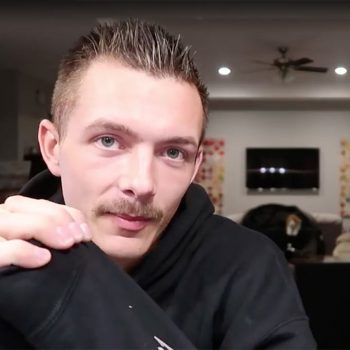 How to calculate Adam LZ’s net worth 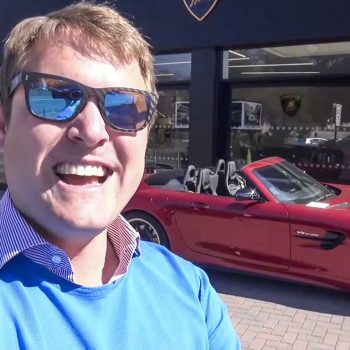