I’m actually sort of amazed that I’ve never calculated Matt Farah’s net worth before. After all, he is arguably one of the most business-minded automotive “influencers” at the moment, and he’s always experimenting with new income-generating ventures based around his love of cars.

I calculate Matt Farah’s net worth to be $3.3 million. This is somewhat below what others have calculated his net worth to be, but he has a lot of debt on his shoulders (especially thanks to his West Side Collector Car Storage business). More on that in a moment, but I don’t believe his net worth is as high as everyone else says it is.

Oh – and if you’ve been living under a rock and you have no idea who Matt Farah is, here are a few highlights:

Matt is unique in the sense that he was somewhat famous before he even ever started YouTube. Being a well-respected journalist certainly shortened the time it took him to find success online.

Unlike many other automotive influencers and YouTubers, Matt is far more diversified. Proper diversification is important in the automotive YouTube space!

My process for calculating the net worth of Matt Farah was simple: I simply listed out all of the things he’s got going on in his life, and then assigned a value to them. That analysis is laid out in detail below.

Disclaimer: It’s a fairly straightforward process – though not 100% accurate. After all, the only person that truly knows how much Matt is worth is Matt. And I don’t know about you, but he doesn’t seem like the kind of guy who will cheerfully give out his financial information to anybody.  That being said, let’s break down the numbers:

First, lets have a look at Matt’s annual income

The following is a breakdown of all the income-producing activities and assets that Matt Farah currently has. Although he seems to be dabbling in many different ventures at any given time, they all revolve around cars and it’s easy to see that he tries to do the best he can with each.

The Smoking Tire YouTube channel is well-known in the automotive community. It’s got well over 1 million subscribers at this point, and generates an average of 65,000 views a day according to Social Blade). Note that overall viewership has dropped off slightly after Matt stepped away from the channel to pursue other projects in 2018.

Matt still makes appearances from time to time, but he is no longer the star of the show. For the record, the only Smoking Tire videos that I still watch these days is the ones featuring Matt.

Matt’s biggest asset is his name. As I mentioned earlier, he was very well-known in the automotive community way before YouTube was even a thing. His influence extends well beyond YouTube. Matt has never been shy about working with companies to promote products, and because of this, it’s very likely that promoting products is one of his biggest sources of income. He’s always doing sponsored content.

Note that it’s not just YouTube where he does these promotions. The Smoking Tire podcast is huge as well, and a significant portion of his sponsorship income likely comes from there.

Being that it’s still a relatively new business, it’s hard to imagine that Matt is making very much money yet with his car storage business (due to insanely high expenses). I’m very confident that his annual revenue will grow, but for now, let’s just call it $200,000. That seems fair.

Again, when making comparisons to other YouTubers, Matt is fairly careful about revealing too much of his personal information. However, we do know that Matt has a significant amount of (mostly) appreciating assets. Here are the biggest ones:

$1 million: His equity in West Side Collector Car Storage

In my opinion, Matt Farah is one of the only car guys in the world that could ever pull off building a successful car storage facility. It’s not exactly a high-margin / mainstream business, but with his current connections and professional network that he has, he’s very likely to make it work.

Although the overall value of this business far exceeds $1 million, I’d estimate that Matt has at least $1 million of his own money into it so far. I’d also imagine that he is highly-leveraged and has an incredible amount of debt because of it. Therefore, if he were to sell it at this exact point in time, the only money that he would get from it is the equity that he has in it.

Just like any car guy with a lot of money, Matt has a rotating collection of cars that (at any given time) appears to be worth over $1 million. At least.

From rare porches and Lamborghinis, all the way down to a modded C5 Corvette, Matt loves his cars. He’s also not afraid to spend money to get exactly what he wants. Most of the time (except for the C5 Corvette), his automotive purchases are smart in the sense that they are in-demand cars that appreciate in value.

Would it be wrong to assume that someone who has so much money invested in cars doesn’t own his home out right?

Matt lives in Los Angeles California (where home prices are notoriously high). He’s also at the age where he should have a decent amount of home equity by now. At least he should, given the size of his car collection.

FYI, I am simply making the assumption that Matt is living in a home worth that much. We actually have seen glimpses of his home in past videos, and knowing what I know about southern California real estate (I live there), it’s safe to assume that his house is worth $1.5 million. At least.

Based on overall subscriber and viewership members for both the YouTube channel and the podcast, I estimate that Matt could sell it all to a large media company for over $1 million.

Both generate a significant amount of income, and it’s not illogical to assume that there are a handful of large media companies out there who would love to gobble them (and his audience) up if they had the opportunity to do so.

The only problem is (as I’ve discussed about other automotive YouTubers such as Adam LZ and thestradman), the value of the brand diminishes significantly without the star of the show.

Matt isn’t exactly the star of the show on the YouTube channel anymore, which is good in the sense that it probably means that it has higher value to a potential buyer.

The podcast, however, is different. Would it even be The Smoking Tire podcast anymore without Matt Farah? Well, that’s what we were all wondering when he stepped away from the YouTube channel in 2018, and it still seems to be thriving today.

It’s no secret that Matt is a huge fan of high-end watches. However, I haven’t been able to find anything online about his current collection (and it’s potential value). However, considering that nearly $100k of Magnus Walker’s net worth is tied up in watches, we can assume that Matt’s collection is quite valuable.

Finally, lets subtract his liabilities (the things he owes money on)

This is where it gets serious. As any business person will tell you, it’s necessary to spend money to make money. And in Matt’s case, he’s got to be spending money out the wazoo. The following is a list of his annual expenditures for his biggest projects:

Not only does he have a massive loan to pay off, the cost of maintaining a building of that size (and complexity) in the heart of Los Angeles cannot be cheap. But that’s not all.

When you factor in things like employees, insurance, marketing, etc., it gets expensive. Fast. Again, only Matt and his business partners truly knows how much money it requires to keep that business going, and it’s highly likely that he’s spending at least $1.75 million on it annually.

As an automotive YouTuber myself (view my channel at your own risk), I can tell you that (without a doubt), there are significant costs involved when creating automotive content. Things like travel, gas, insurance…it all adds up.

Not only that, Matt has contractors and employees to help keep that channel going. Things like editors, producers, and even a cohost for the show.

Based on the above data, I calculate Matt Farah’s net worth to be $3.3 million

To be honest, when I was adding up all of Matt’s income and assets, I was starting to think that his net worth will be higher than any other automotive YouTube or personality that I’ve calculated so far here on DriveAndReview.com.

However, Matt is a courageous (and smart) businessman, and he’s taking some pretty big leaps of faith to get ahead. His latest leap of faith is the West Side Collector Car Storage thing, and that is currently taking a really big bite out of his total valuation.

Still, I give huge props to Matt for thinking outside the box and trying to grow a business outside of YouTube. Going “all in” on YouTube and nothing else is a recipe for disaster in my opinion, and it would be nice to see more automotive influencers follow his lead. 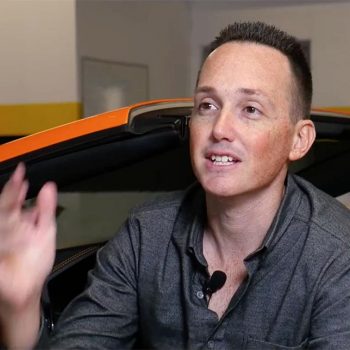 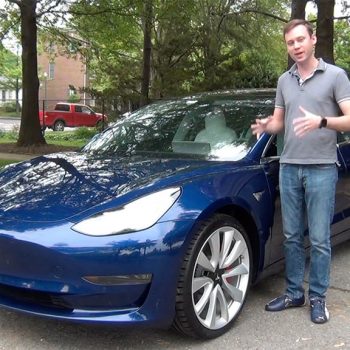 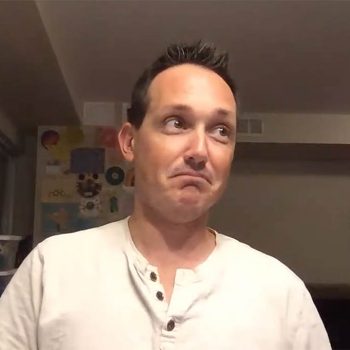