Love him or hate him, former Top Gear show host Jeremy Clarkson is undeniably the master of metaphor and sarcasm. The car critic might be shamelessly egotistical, but that’s his best trait. He has a way with the English language like no one else and has been known to churn perfectly-timed, witty put-downs at every chance he gets. To remind you of his good old days as a car critic on Top Gear, here’s a roundup of some of the most memorable Jeremy Clarkson quotes:

Jeremy is an interesting guy. While he never did any time as a stand up comedian, I’ve never laughed at anyones jokes as hard as I have listening to his. Of course, there’s no telling how much of what he says isn’t scripted by someone else. No matter though – he is incredibly entertaining (and hilariously funny) nonetheless.

I’m not capable of having an affair; you can ask my wife. I’m not physically capable.

Sometimes I stagger even myself with my genius.

We all know small cars are good for us, but so is cod liver oil and jogging.

If you were to buy a BMW 6-series, I recommend you select reverse when leaving friends’ houses, so they don’t see its backside.

I wore a groove in the kitchen floor with endless trips to the fridge, hoping against hope that I had somehow missed a plateful of cold sausages on the previous 4,000 excursions. Then, for no obvious reason, I decided to buy a footstool.

On the Porsche Boxster: It couldn’t pull a greased stick out of a pig’s bottom

I’m sorry but having an Aston Martin DB9 on the drive and not driving it is a bit like having Keira Knightley in your bed and sleeping on the couch.

That Zonda! It’s like a lion in orange dungarees—kind of fierce but ridiculous all at the same time.

Whenever I’m suffering from insomnia, I look at a picture of a Toyota Camry, and I’m straight off.

A Lancia Stratos kit car: “the steering wheel is perilously close to where my testes used to be before the seat belt jammed them up into my lungs.

To be honest, the best quotes from Jeremy Clarkson are his most controversial ones. He has a problem knowing when to shut up, and…in my opinion, that’s what makes him so legendary.

The problem is that television executives have got it into their heads that if one presenter on a show is a blonde-haired, blue-eyed heterosexual boy, the other must be a black Muslim lesbian.

Governments would rather spend their money on another bomber than education. And why do we fear black men when every bit of suffering in our lives has a Caucasian face attached to it?

I don’t understand bus lanes. Why do poor people have to get to places quicker than I do?

Racing cars converted for road user never really work. It’s like making a hardcore adult film and editing it to be shown in British hotels. You’d end up with a sort of half hour close up of some bloke’s sweaty face.

On the BMW X3: If you are clinically insane, by which I mean you wake up in the morning, and you think you are an onion, this is your car

On women who drive the Renault Scenic: “It is the oddest thing, but I’ve never seen anyone driving a Scenic with whom I would like to mate. Once I saw a pretty girl in a Prius, and occasionally you see someone aging well in a Peugeot. But Scenics are always driven by gargoyles.

But, once again, we must turn to the baby Jesus, who said: “he who shall be last, shall be sideways and smiling.”

Hollywood movies are designed for 15-year old youths from North Dakota, who intellectually speaking, are on equal terms with a British zoo animal.

Does anyone imagine for a moment my wife gives two stuff about global warming? She certainly did not appear all bothered on Thursday evening when I ran around the house furiously turning on every light, hair dryer, dishwasher, and toaster during the great carbon-saving switch off.

You do not just avoid the Suzuki Wagon R. You avoid it like you would avoid unprotected sex with an Ethiopian transvestite.

You know the Stig? The all-white racing driver we use on Top Gear? Well, we were filming him walking through the Mojave Desert when, lo and behold, a lorryful of soldiers rocked up and arrested him. He wasn’t fat. He must therefore be a Muslim.

As an American, I find it hard sometimes to watch Jeremy Clarkson review an American car. I know that we don’t produce the highest-quality cars or anything, but it does sting a little bit when he rips into some of my favorites. His Z06 quotes were particularly brutal (lol).

On the Buick Lesabre: it was rubbish when it was new, it was built by idiots, and it’s rubbish now

Chevrolet Corvette Z06: In many ways then this car is like herpes. Great fun catching it but not so much fun to live with every day.

On Segway: they are made in America, of course, so fat Yanks can go to the fridge without expending any energy

There are so many pick-up trucks sold in America that you begin to wonder if the sheer weight of the damn things, all in one place, in one corner of the globe could start to affect the planet’s orbit.

In Europe, we have Lotus, Ferrari, Maserati, and Aston Martin. In America, they have the Ford F-150 lightning pick-up truck: 0-60 mph in a millionth of a second. Enough space in the back for a dead bear. And on a challenging road about as much fun as a wasabi enema.

As much complaining as he does, Jeremy knows a good car when he see’s (and drives) it. Here are some of his more memorable quotes describing cars that he truly loved:

I’d like to consider Ferrari as a scaled-down version of God.

On the Ferrari Enzo: I rang up Jay Kay, who’s got one, and said, “ you know, can we borrow yours?” and he said, “yeah, if I can borrow your daughter because it amounts to the same thing.”

On Lancia Fulvia, “it really is as pretty as the sun setting over Charlize Theron.

The Buggati Veyron is quite the most stunning piece of auto engineering ever created. At a stroke then, the Veyron has rendered everything I’ve ever said about any other car obsolete. It’s rewritten the rule book, moved the goalposts, and in the process, given Mother Nature a bloody nose.”

Complaining about terrible cars is what Jeremy does best. To me, the best Top Gear episodes were the ones where he drove (and abused) a really crappy car. These are some of his more notable quotes describing cars that pretty much sucked:

I’d rather go to work on my hands and knees than drive there in a Ford Galaxy. Whoever designed its upholstery had a cauliflower fixation. I would rather have a vasectomy than buy a Ford Galaxy.

There’s a gallon of fuel gone there, and another there…and yet another there. As a matter of fact, the only way this car could be less annoying to eco-mentalists is if its engine ran on sliced dolphin.

Telling people at a dinner party you drive a Nissan Almera is like telling them you’ve got the Ebola virus, and you’re about to sneeze.

The Most Quotable Top Gear Episodes

Even though he is no longer on Top Gear, Jeremy Clarkson remains one of the best hosts to grace the show. And a TV show hosted by a legendary host like Jeremy Clarkson’s comes with many awesome episodes, and Top Gear is no exception.

Whenever you have the time, I recommend checking out these Top Gear episodes to see Jeremy at his best: 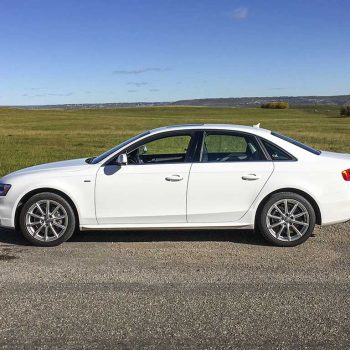 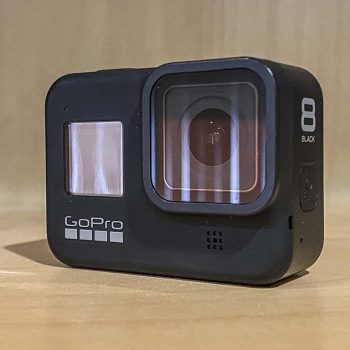 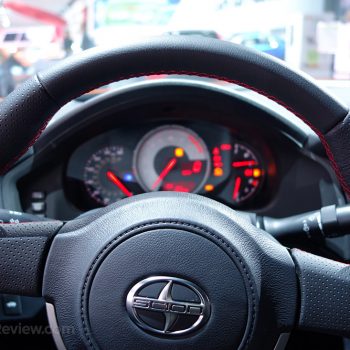 Why is the Toyota 86 so ridiculously underpowered?