Kyle Lindsey (better known online as saabkyle04) is an interesting guy. He was one of the pioneers of independent car reviews on YouTube way back when not many people had heard of the platform yet, and he’s still (somewhat) relevant to this day.

Kyle has a very down to earth personality, which makes his videos easy to consume in bulk. I can’t tell you how many hours in a row I’ve binged on his content over the years. It just happens naturally whenever I’m in need of something calm and easy to watch. Compared to other overactive and hyper YouTubers such as TJ Hunt and thestradman, Kyle is a refreshing change of pace from all of the annoying over-hyperactivity currently infesting the automotive YouTube space.

However, there’s a ton of drama and gossip around Kyle and his saabkyle04 brand. Which, if I’m being honest, is kind of funny considering how easy-going his personality is. As a matter fact, of all the automotive YouTubers who tend to spark drama and controversy, it would seem that Kyle would be at the bottom of the list.

I do need to point out that the kind of drama and controversy that Kyle instigates isn’t the same kind that someone like Rob Feretti (superspeedersrob) does. Rob is known to complain about everything and sue people when things don’t go his way – which is the kind of stuff which most people think about they here the words “controversy” and “drama”.

Kyle, on the other hand, creates his own controversy and drama

As I said, he’s been on YouTube since the beginning, and he’s pumped out a lot of content over the years. Unfortunately, he’s very fluid. This has caused him to make some pretty big changes along the way, which has irritated his well-established fan base.

The reason for these changes were always predicated by some sort of overdramatic explanation for why he’s changing course, and it’s never met with overwhelming support from his audience.

Anyway, despite the push back and criticism he’s received from his audience for making such drastic changes to his content over the years, there’s always been a really good reason for everything.

Im going to take a deeper look at all the big moves that he’s made, and why exactly he made them. My goal is to expose the truth about Kyle – in a way which might persuade his biggest critics to be more understanding and compassionate to his situation.

I personally feel that if more people knew about Kyle and the kind of person that he is, he wouldn’t have received so much negativity and pushback from his audience over the years.

Unlike many other automotive YouTubers, Kyle is not afraid to change his strategy at any given time

The most important thing to know about Kyle is the fact that he knows how to balance out his own personal interests with what’s important for growing the saabkyle04 brand.

For example, Kyle has always been most well known for doing the most through and detailed independent car reviews on YouTube. The amount of information he spews in each and every car review is like nothing else anyone was (and is) doing the platform. It almost gets to the point where it feels like he’s giving us too much information (I mean, who really cares about the exact size of a side vent in a Buick Regal?), but I can appreciate his passion for cars and his desire to create the best automotive reviews in the world.

However, despite his love and passion for doing car reviews, he abruptly stopped several years ago due to feeling frustrated about lower average view counts on all of his videos.

The problem he was facing was stagnation. Kyle had been doing car reviews in the same format for over eight years at that point, without making any significant changes to his format and style. He was definitely stuck in a rut – even though he still loved what he was doing.

View counts were down, he was getting frustrated, and he even made an announcement on his Twitter account that he was slowly ending the car reviews. The plan was to replace it with project car content instead.

This was met with a huge backlash by his fans, and at the time, I was almost thinking that it was likely the end of the saabkyle04 brand. Switching from car reviews (something he was extremely well known for) to creating project car content was a drastic change in direction. I honestly didn’t think that he would be able to pull it off.

Fast forward a few years, and it looks as if he’s been doing fairly well with the project car content. He never gave up car reviews entirely, but he definitely slowed down to the point where his project car videos represented a majority of his monthly uploads.

For the record, in mid 2019 he announced that he was slowly bringing back the car reviews and promised to do at least one a week. Even though this type of content tends to get lower view counts on YouTube these days (due to over saturation) Kyle realized that the car reviews are an integral part of the saabkyle04 brand and they needed to come back.

Despite his willingness to change formats, he still tends to create saabkyle04 content around his own personal interests. Not ours.

Ok – I just wrote about how the project car content has become such a large part of the saabkyle04 brand over the past few years. That alone is interesting enough, since his channel was built on doing car reviews and nothing else. It was those car reviews that built his 1.2 million strong subscriber base, and it’s very likely the type of content they still want to see today.

My hypothesis for this is the fact that he’s only averaging 50,000 views per video with an incredibly high subscriber count. That’s not a very good subscriber to viewer ratio, and it leads me to believe that he’s not delivering the content that his subscribers really want to see.

Kyle has openly complained in the past about how he feels that YouTube is intentionally hiding his channel from his subscribers. With much fewer views per video on recent uploads compared to what he was averaging in the past, he really felt that the algorithm was against him and it was out of his control.

I tend to disagree. The type of content that Kyle is producing for the saabkyle04 YouTube channel these days (mid 2019) is ultra niche at best.

Kyle has an odd fascination with late 80s and early 90s Chevy S10 pickup trucks, which is almost to the point of being annoying. At the time of this writing, he’s got five of them, and each one of them have a dedicated playlist on his channel where he painstakingly goes over the details of restoring and / or modifying each one.

Now, as a car guy, I appreciate his passion for working on the kinds of vehicles that he loves so much. The problem is that the kind of vehicles that he loves (late 80s early 90s small trucks from General Motors) is exactly the kind of vehicle that many other people can’t appreciate as much as he does. If anything, it’s an extremely small niche of the entire automotive YouTube space, and he’s only doing a disservice to himself by focusing so much time and energy on something that a majority of his audience just doesn’t really care about.

If it were me, and I was looking to revive the sabbkyle04 YouTube channel to its former glory, I’d be going all in on other kinds of project car content. The kind of content that people actually want to watch. What exactly is that? I’m not entirely sure, but I am very sure that it’s not clapped out Chevy S10 content.

Kyle is never going to be a huge YouTuber. And he’s OK with it.

At this point in the game, I fully believe that Kyle is perfectly content with his current status on YouTube. Yeah, he used to be the king of all car reviews, and I give him a lot of credit for taking the risk to experiment and change his format over the years. However, he doesn’t seem to be pushing himself and doing things that will take him and the saabkyle04 brand to the next level.

For the record, I feel that Matt Maran (subaruwrxfan) is in the exact same situation. He and Kyle seem to be fine with pumping out mediocre content (only the “safe and comfortable” kind of content they want to create) the same way they’ve always done it. Neither of these two guys are willing to push themselves to the point where they are making new kinds of videos in ways that they’ve never done before. Both have remained stagnant for years because of this.

But you know what? There’s nothing wrong with that. Well, to a point that is. As long as they are making enough money to put food on the table and have fun doing it, more power to them. However, it’s definitely in their best interest to grow and evolve with the automotive YouTube community as a whole. If they don’t, it’s likely that they will be completely irrelevant with dead YouTube channels 10 years from now.

I’ve already wrote in great length about how the subaruwrxfan YouTube channel is in a death spiral, and I’m starting to feel the same concern for the saabkyle04 YouTube channel.

Some interesting facts about Kyle and the saabkyle04 YouTube channel that you may or may not know:

Finally, anyone interested in learning how to be an automotive YouTuber just like Kyle should check out the article I wrote about how to do just that. Whether or not you end up with a YouTube channel as large as saabkyle04 is up to you – but with a lot of time and effort, anything is possible. 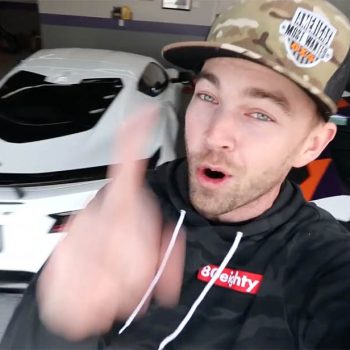 Who is thestradman? “Annoyingly awesome” is the best way I can describe him. 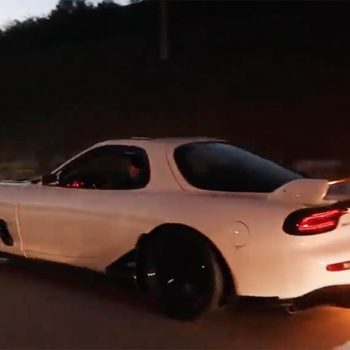 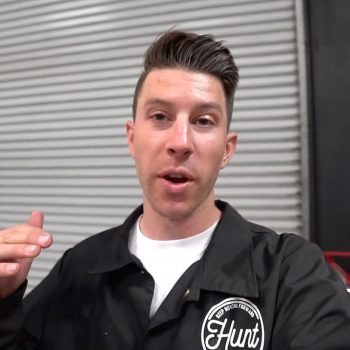